I'm glad I got an e-mail from friend phlegmfatale today. She mentioned her current day's topic, and also today’s blog entry by Robert at BLACKFORK blog. The two remind us that this date, in 1836, was when the Mexican tyrant Santa Anna began his siege of the Mission San Antonia de Valero at Bexar. That secularized church complex is better known to posterity simply as The Alamo. The town, Bexar, is now the city of San Antonio. 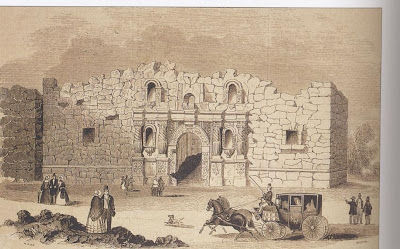 The major points in this story are fairly well known.
The mission-fortress was garrisoned by Colonels Bowie and Travis, co-commanding between 180 and 250 soldiers of the new Texas Army and volunteers. In late February, they were besieged by the Mexican Predient/General/Dictator Antonio de Padua María Severino López de Santa Anna y Pérez de Lebrón and some 2400 of his soldiers. The siege ended on 6 March when the walls were overrun and the defenders were all killed. The delay of the Mexican advance allowed the provisional Texas government time to write and sign a formal Texas Declaration of Independence.

Historian Lon Tinkle (1906 -- 1980) wrote the definitive popular history of this battle in 1958, entitled Thirteen Days to Glory: The Siege of the Alamo.

The battle has been studied and documented more or less regularly ever since the ashes cooled. Curiously, though, the majority of the longer, published works have been works of fiction. Mr. Tinkle‘s book was only the second full length factual study of the siege. Not all the information is undisputed. Distinguished Dallas book critic A. C. Greene, wrote that Tinkle’s book "gives the essence of the Alamo story without attempting to exhaust history's explanation", and "is more revealing of the minds and wills that were behind the fateful decision to stay on to death" than other, later treatments of the battle.

The book is still widely available and is well worth the reading.

I was at first tempted to try to recount all the high points of the siege, so far as they are known. As a voracious reader and proudly chauvinistic Texan, I have been reading all I can find on this topic for almost as long as I’ve been able to read. I know the various points of view, the controversies, the sometimes acrimonious disputes as to this point or that about the battle. For instance, it is well known and documented, but frequently glossed over, that, but for a massive and overt act of insubordination, the properly designated “Shrine of Texas Liberty” would likely have crumbled into gravel, noted only in passing as an early landmark from the days of revolution. Working on the best information available at the time, Sam Houston, military commander of Texas forces, ordered Colonel James Bowie to destroy the fortifications and to spike or carry away the artillery. Instead, Bowie, with Col. James Neill, decided to hold in place, to engage the Mexican forces for as long as possible.

While I have sufficient reference works on hand to make a pretty good job of such a recounting, I must confess that I would be doing little more than rehashing the work of better scholars than I. I have no newly located papers, letters, journals, or other sources. While well-read on the topic, I’ve made no independent studies of this already well-researched stretch of history and folklore. This being the case, I’ll content myself with recognizing the significance of certain dates for the next couple of weeks, as a reminder to all of us that there were, indeed, giants in the land in those days. 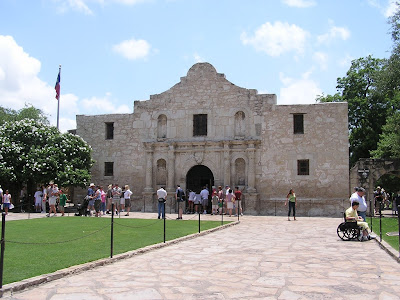 Modern appearance of the Alamo Chapel
Probably during the 1850s, while being used by the US Army, the Alamo was greatly repaired. The campanulate, or bell-shaped facade, was added to the front wall of the chapel. Until that time, the front had never been finished, and no roof had been placed.

LATE ADDITION: Since writing the above, I note that Robert at Blackfork has written another blog installment. In it, he gives much of the detail that I would have inserted over the next few days. He was first, and I’ll defer to him. Nice work, Robert.

Apparently this has been going around since last month but I just read it for the first time, sent along by MattG. If it’s not true, it ought to be.
Reported to have been posted in Craig’s List Personals in January 2009:
To the Guy Who Mugged Me Downtown (Downtown, Savannah )
I was the white guy with the black Burrberry jacket that you demanded I hand over shortly after you pulled the knife on me and my girlfriend. You also asked for my girlfriend's purse and earrings. I hope you somehow come across this message. I'd like to apologize.
I didn't expect you to crap your pants when I drew my pistol after you took my jacket. Truth is, I was wearing the jacket for a reason that evening, and it wasn't that cold outside. You see, my girlfriend had just bought me that Kimber 1911 .45 ACP pistol for Christmas, and we had just picked up a shoulder holster for it that evening. Beautiful pistol, eh? It's a very intimidating weapon when pointed at your head, isn't it?
I know it probably wasn't a great deal of fun walking back to wherever you'd come from with that brown sludge flopping about in your pants. I'm sure it was even worse since you also ended up leaving your shoes, cellphone, and wallet with me. I couldn't have you calling up any of your buddies to come help you try to mug us again. I took the liberty of calling your mother, or "Momma" as you had her listed in your cell, and explaining to her your situation. I also bought myself some gas on your card. I gave your shoes to one of the homeless guys over by Vinnie Van Go Go's, along with all of the cash in your wallet, then I threw the wallet itself in a dumpster.
I called a bunch of phone sex numbers from your cell. They'll be on your bill in case you'd like to know which ones. Alltel recently shut down the line, and I've only had the phone for a little over a day now, so I don't know what's going on with that. I hope they haven't permanently cut off your service. I was about to make some threatening phone calls to the DA's office with it. Oh well.
I'd like to apologize for not killing you, and instead making you walk back home humiliated. I'm hoping that you'll reconsider your choice of path in life. Next time you might not be so lucky. If you read this message, email me and we'll do lunch.
Peace! -
Alex

Snopes.com, the rumor/urban legend researcher site, classifies the story as UNDETERMINED. If it was indeed ever posted on Craig’s List, it has been removed. Also, the story’s origin has been claimed in at least a half dozen cities. 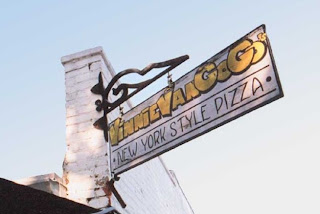 There IS a popular pizza place called Vinnie Van Go Go's in Savannah. That’s the extent of my research into the matter. The only claim I make is that it really made ME smile.
JPG
Posted by JPG at 10:04 AM 10 comments: 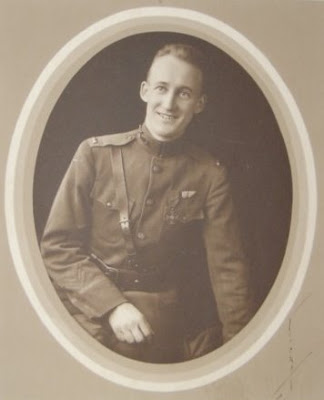 When the United States entered World War I in April 1917, Thompson was a senior student in electrical engineering at the University of Missouri. The school announced that seniors who joined the military before graduation would receive their diplomas in June. He enlisted in the Army and was first assigned to the Coast Artillery but soon applied for duty in the
Air Service.
He went to France in September 1917 and was assigned to the United States 1st Aero Squadron as an observer. On February 5, 1918, while visiting a nearby French bombardment squadron, Lieutenant Thompson was invited to fly on a raid over Saarbrücken, Germany, in place of a French observer who was taken ill.

The squadron of Breguet 14B bombers was attacked by Albatros D.III fighters, and Thompson shot one of them down in the first aerial victory by the U.S. military. He was awarded the French Croix de Guerre with Palm for the action.

Thompson was assigned to the new 12th Aero Squadron, and on July 28 he was in another memorable battle. While artillery spotting, his Salmson airplane was attacked by four Fokker D.VIIs of the former Richthofen Flying Circus, then under the command of Hermann Göring. Thompson shot down two enemy planes before his own plane was shot down by the famous German ace Erich Löwenhardt. Thompson's pilot, Lt. John C. Miller, was able to land the Salmson inside friendly lines before he died of a bullet wound in the stomach. Thompson received a bullet in the leg and, before friendly troops arrived, dug out the bullet with a pocket knife. 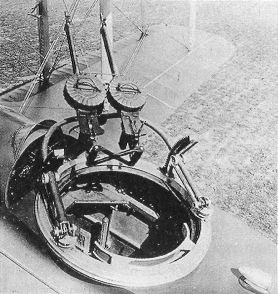 The young engineer was apparently an enthusiastic and talented warrior. Thompson intentionally sought out combat in company with the French allies before his own squadron was operational. He managed three kills of first-line German fighter planes. His weapons in both fights were twin .303 Lewis guns on Scarff ring mounts, with rather primitive ring sights. He was stoic enough to perform auto-surgery under adverse conditions.

After the war Thompson worked for several years as an engineer at
McCook Field, later renamed Wright-Patterson Air Force Base. He then became a high school mathematics teacher. In 1940 he received a United States Patent for a tailless flying wing. He taught preflight and meteorology during WWII.
Stephen Thompson died in Dayton, Ohio in 1977, aged 83 years.
(It is noted that the first American to shoot down an enemy aircraft was Kiffin Rockwell of South Carolina. On May 18 1916, he shot down a German aircraft over the
Posted by JPG at 12:01 AM 7 comments: