Maybe Not The Latest and Greatest

Elder Son is about to drive to Nebraska to accept a gracious invitation to a deer hunt. He blogs about certain of his hunting preparations, specifically checking sights and ammo on his firearms.
I fully appreciate that, to stay in business, firearms and ammunition makers occasionally need to introduce new products. At the same time, it's interesting to note the following - -

--The action of Matt's Springfield sporter was made in 1918, some 92 years ago. When he rebarreled it to .35 Whelen, he chose a cartridge first introduced in 1922. 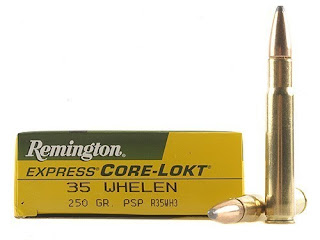 --Apparently that Featherweight Model 70 action sat around the Winchester plant for a couple of years before they screwed in the brand-new .243 barrel in 1955. That was well over a half-century ago. 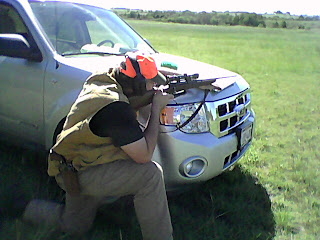 --Ruger introduced the fine, three-screw Super Blackhawk .44 in 1959 and discontinued it in '72. That powerful and perfectly serviceable sidearm is likely somewhere between 40 and 50 years old. 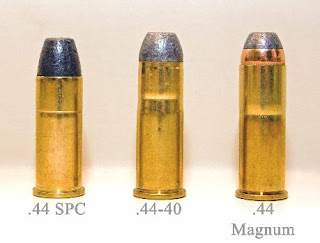 A while back, I wrote about the difference between obsolete and obsolescent, which is sorta kinda on point. There are those who'll wonder how Matt could possibly make an efficient hunt with those ancient guns . . . .

Matt, convey my greetings to your host. Good hunting and safe home.

JPG, as you've indicated, they are old, BUT they all still work fine! I have no doubt Matt will be successful with any of them or all of them as required.

While many chase after the latest and greatest, I tend to like the older pieces myself, they are proven, and if cared for are still usable and accurate these many years later, whether they be obsolete or obsolesent. :-)

Home on the Range said...

I have successfully hunted with many a gun that saw WWII.

Best of wishes to your fine son.

And to you and your bride.

Well, I did not shower myself with glory, but somehow I managed to put three deer down with that old Pre-'64 M70 .243, using our Nosler 100g BTSP handloads. While looking for the deer in the corn, I just carried the .44.

A few years ago, to scratch an itch I had been carrying around since I was about 13, I bought a brand new Remington 700 in .35 Whelen...

The infatuation, which has always been there, to have the newest, bestest of 'X' has really gotten carried away in the firearms world...too much disposable income.

I'm running out of places online to order premium 'get everything you can out of it' .35 Whelen ammo.

I killed a deer last year with a (relatively modern) Ruger M77 chambered in (the relatively ancient) 6.5xx55 Swede. It died very, very quickly from a near perfect shot. Certainly it did not spend its final moments agonizing over the fact that it was collected by a 115+ year old cartridge and not some uber-modern .386 WSPLR Hypersnot.

Out here in CA when hunting season comes around the small supply of .30-40 Krag just disappears.

My Dad's home county of Somerset, PA
has so many Mauser 98 bring backs from the 2 World Wars that gun stores stock at least three (3) different hunting loads in 8mm Mauser.
Me? I hunt with a Winchester 1895 in .30-06.